This is an email from Erin, who has been living ‘off the grid’ on family land… 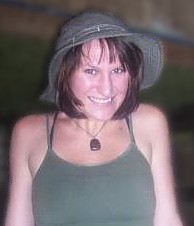 “I contacted David some time ago about many issues that were plaguing me for some time. I found myself living on my family’s land where a plethora of even more complex issues begin to surface.

To make a long story short, projects that were being pursued were not only falling behind, but were actually falling apart. Every improvement we made either broke, developed a new problem, or didn’t do what it was set out to do.

I was in terrible shape, and many times had considered just giving up. It was an awful feeling. I never wanted to get out of bed, never wanted to smile. I was just simply miserable, and I just couldn’t get ahead nor could I get the ambition to do so.

David summed up a majority of my problems as a family line curse.

The land I was residing on not only had it’s own negative implications but apparently some extrinsic factors were impeding my ability to progress. The process of  getting help was daunting and I was becoming exhausting.  David offered  a deal that would financially work for me and my unborn child.

I wasn’t actually aware that David had done any clearings at the time, because I had not read any of e-mails yet, but I remember waking up and suddenly feeling much lighter.

For the first time, in a long time, I sat down by the pond, I looked at all the scenery and was amazed at all the beauty the land had to offer and was surprised I never noticed that before. I suddenly became ambitious, determined, set a path and was excited about getting there.

Again, it wasn’t till I actually read that he had performed the cleansing (for all of my situations) that the sudden change in behavior made sense.

Since then progress is being made. Our tractor, finally, after a year of work, is home and functioning properly. The home is being redone. Plumbing is being fixed. Projects are getting done, and lasting. And, things are getting cleaned out and so on.

I feel like the relationship between my fiance and I is stronger and we feel happier.

I was even fortunate enough to have a family member let me stay with her while most of the improvements were being made. Normally I would have never even asked because of all the negative energy that lingered between other family members and I.

Something really does feel lighter, like a cloud has been lifted. I’m really glad I went to David when I did.